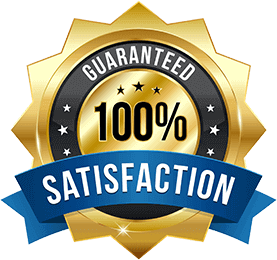 We offer you high quality service in
Massachusetts

That make us better!

Roof Cleaning is a service that all homes who are under tree cover will need eventually. Even homes who are not next to trees can experience black streaks and lichen caused by bacteria floating in the air and landing on the roof. Roof Cleaning is a safe treatment prosses that eliminates the bacteria plaguing your roof. After treatment, rain naturally erodes away the debris within 6-8 months. The benefit is that the bacteria is gone, so the debris will not continue to grow again the next year. Moss, mildew, mold, and lichen eat away at the granules of the shingle and shorten the life span of your roof significantly. Help protect your roof from an early replacement by hiring HiCleaners to do a simple an affordable roof treatment. Results guaranteed
Why should you consider HiCleaners for your roof cleaning project?
What's included: Complete scrub of areas affected
Thorough treatment of roof with bacteria killing solution
No mess left behind
Safest roof cleaning option to preserve your roof!
Service accepted by most insurance companies
We know you value safety and you want to protect your investment, that’s why we’re fully insured! All of our employees are highly trained to give you the best roof cleaning service in Massachusetts! Call us now for your free quote!

Why Roof Cleaning is necessary!

Moss, Mold, Mildew, and Lichen builds up on the shady moist side of many houses. It can happen to any house. All you need is bacteria traveling through the air, and a warm muggy summer day to have the bacteria stick. Over several years the bacteria multiplies, until you get big pieces of debris that grow on your roof! The moss or other debris hold water and cause your shingles to be exposed to moisture longer than if there wasn’t debris. Over many years of prolonged moisture exposure, shingles start to wear quicker and will require replacement faster.

Every year homeowners neglect to clean their roofs and unknowingly are throwing money out of their window! Moss will expose the shingles to moisture damage. In addition to moisture the roots of the debris slowly grow and rip the granules off the shingles. Make sure to protect your precious money and invest in a very affordable service to keep your money where is should stay… In your pocket!

A customer from Weymouth, Massachusetts called us one early morning in August to inquire about whether we offer roof cleaning services since he heard about our other services we offer such as window cleaning, gutter cleaning, and pressure washing. ...

Your Roof Keeps You Safe. Make Sure You Keep Your Roof Safe Too

Our customer, Kevin, from Belmont, Massachusetts called us one evening to ask if we offered roof cleaning services. They were a regular window cleaning customer of ours so they were curious if we offered other exterior home maintenance service. We ...

Say Yes To A Healthy Roof Over Your Head

Our customer Kendra from Taunton, Massachusetts called us one evening to ask about our roof cleaning service. Kendra needed to remove moss from their roof that had been growing with us and asked for a quote for her home. Once we provided the quote, ...

A customer from Chelmsford, Massachusetts called us one evening to ask about our services. We told the customer that HiCleaners offers window cleaning, gutter cleaning, gutter guard installation, pressure washing, power washing, and roof cleaning ...

Don’t Let The Thought Of Roof Cleaning Go Over Your Head!

One of the most important things about your home is your roof. Without a healthy roof, you would not have something over your head that protects you from the elements, which means the health of your roof is important! To help take care of your roof ...

A Clean Roof= A Happy Roof!

A customer from Billerica, Massachusetts called us one evening to ask about our services. We told the customer that HiCleaners offers window cleaning, gutter cleaning, gutter guard installation, pressure washing, power washing, and roof cleaning ...

The Health Of Your Roof

A customer from Ipswich, Massachusetts called us one early morning in August to inquire about whether we offer roof cleaning services since he heard about our other services we offer such as window cleaning, gutter cleaning, and pressure washing. ...

Why You Need Your Roof Cleaned

Our customer Angela from Newburyport, MA called us a few weeks ago to clean her roof. She told us that it’s been many years since she’s had her roof cleaned and that she sometimes forgets that the roof also needs to be cleaned ... Load more

Get A Free Roof Cleaning Estimate

How Many Square Feet Is Your Home?* What coverage type it's your roof?*
Contact Information *
Notable site conditions/comments: